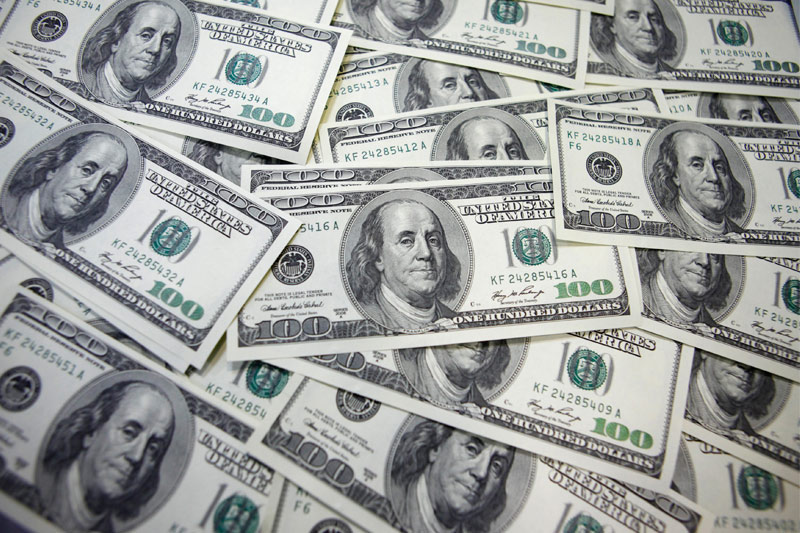 The dollar edged higher in early European trading Friday, but looks set to register a negative week after a dovish Federal Reserve meeting and some disappointing growth data.

At 2:55 AM ET (0755 GMT), the Dollar Index, which tracks the greenback against a basket of six other currencies, traded 0.1% higher at 91.998, having earlier fallen as low as 91.855 on Thursday, a one-month low. The index is currently around 1% lower on the week, its worst weekly showing since early May, and down around 0.6% for the month.

The U.S. central bank stated earlier this week that progress had been made towards the levels where the policymakers would agree to tapering monthly bond purchases.

However, Chairman Jerome Powell made it clear that rate increases were still a long way away and more economic progress was needed before the central bank starts withdrawing its extraordinary monetary stimulus.

“Although the FOMC made more hints at the upcoming QE tapering, the impact on the risk sentiment was limited and non-negative as the message remained cautious, and QE tapering later this year has been widely expected by the markets,” said analysts at ING, in a note.

The U.S. GDP release grew 6.5% annualised in the second quarter, a solid level and an improvement from the 6.3% growth recorded in the first quarter, but this was still below the 8.5% growth expected.

Investors will be keeping an eye on the second-quarter employment cost index, personal income and spending for June and the July University of Michigan consumer sentiment index later in the day for more clues over the country’s economic recovery.

That said, the dollar could receive support if rising Covid cases in the U.S. prompt a bout of risk aversion.

The New York Times reported Friday that the U.S. Centers for Disease Control and Prevention has described the delta variant of the coronavirus to be as contagious as chickenpox and could cause severe illness, citing an internal CDC document.