The dollar sits at a one-month high as the FOMC prepares to meet, with a possible announcement on tapering expected. 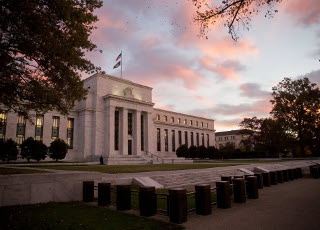 As the Federal Open Market Committee (FOMC) prepares to meet, here’s what to watch during and after the event itself.

The US economic recovery appears to have slowed, at least from a job creation perspective. This is likely to be temporary, since the ‘easy work’ of the immediate job rebound has been done and now the harder work of reshaping the US labour force to the post-pandemic world begins, but it has worried many.

nvestors will look to the Federal Reserve (Fed) to provide further insight into the outlook, and whether it believes the recent slowdown in growth is likely to pass.

This continues to be the big bugbear for markets, divided as they are between inflation hawks and doves.

The recent spike in retail sales, which recovered in August from a July slump, suggests that consumers are spending regardless of price increases, but there are still plenty of concerns that higher prices will bear down on consumer activity.

Ultimately the Fed seems content to stick to its ‘transitory’ view, so little should change on this front.

Here is where we are likely to get some movement.

Jackson Hole signalled that a taper was still on the schedule for the year; it was more the timing that mattered. September provides an ideal point to issue a more detailed timeline, with November widely viewed as the starting point.

Any deviation from this further back into December or beyond in 2022 could support risk assets.

Having stressed that these are a separate thing from tapering, the Fed will not be keen to hint that a link is now forming once again, and instead it will probably look to dampen down expectations on rate increases for the time being, citing the slowdown in job creation.

Investors remain net long the dollar, according to the weekly Committment of Traders (CoT) report, and have increased their long positions over the past few weeks. This points towards a continued expectation that US monetary policy will shift in a tighter direction over time.

However, the US dollar has reached an interesting point, returning to the 93.50 area that marked the peak in late March and in August. Arguably a much more hawkish Fed is needed from here if the dollar can make further headway.

Nonetheless, the greenback has remained bid during recent weakness in late July and early September, finding support around 92 in a manner that suggests further gains in the medium term are likely, putting additional pressure on EUR/USD and GBP/USD. 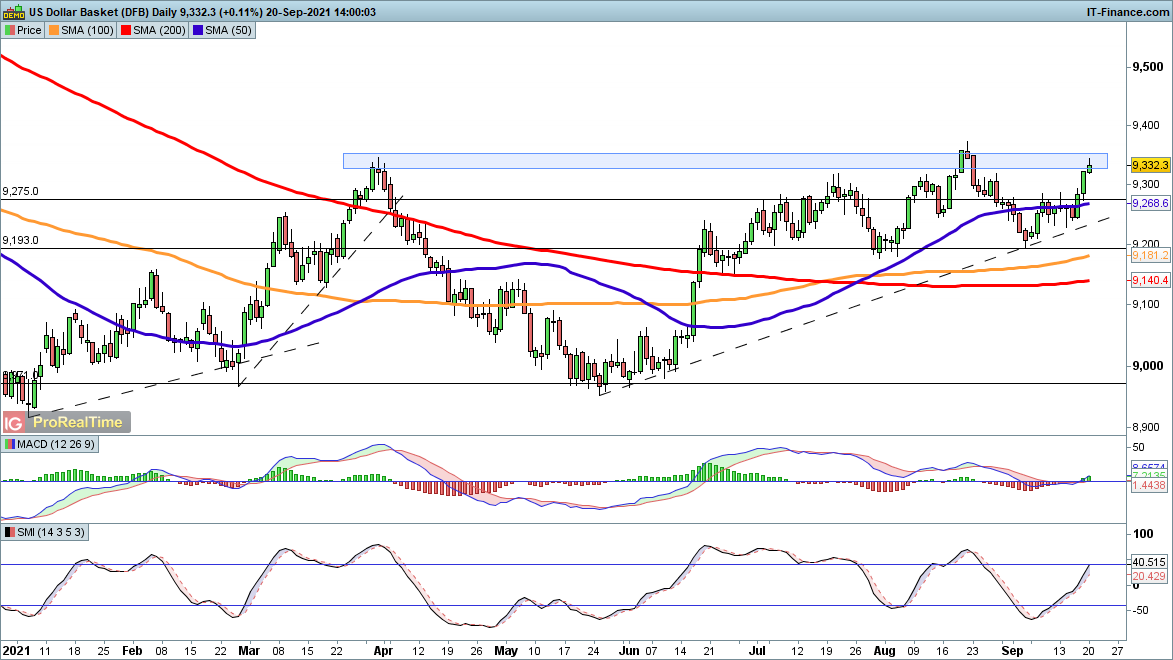