BP shares have almost completely recovering from the FTSE 100 oil major’s Rosneft exit. And the soaring oil price could see it rise further. 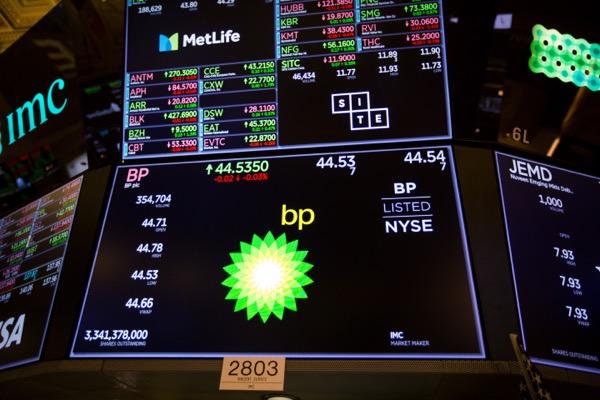 Then on Sunday, the company announced it was exiting its 19.75% shareholding in Russia’s state-backed Rosneft, the largest crude oil exporter in a country which accounts for 8% of global oil exports. BP shares sunk fell to 352p on Monday but recovered to 377p by 3pm yesterday.

BP’s exit from Rosneft marks a substantial change. CEO Bernard Looney is stepping down from Rosneft’s board, as is former BP CEO Bob Dudley, who retained his seat through Russia’s 2014 annexation of Crimea. This move is a potent reminder of the new political reality.

BP Chairman Helge Lund said ‘Russia’s attack…represents a fundamental change (and) our involvement with Rosneft, a state-owned enterprise, simply cannot continue.’ Looney added that the situation has caused him to ‘fundamentally rethink BP’s position,’ and that the decision is ‘not only the right thing to do, but are also in the long-term interests of BP.’ However, Rosneft countered that BP’s decision ‘destroys a successful 30-year co-operation,’ but it thanked the oil major for ‘decades of joint work.’

BP faces immediate financial repercussions. It expects a non-cash adjusting item charge in Q1 ‘representing the difference between the fair value of bp’s Rosneft shareholding at 31 March 2022 and the carrying value of the asset.’ At the end of 2021, this carrying value was $14 billion. The company will also shoulder an additional charge of $11 billion ‘principally arising from foreign exchange losses accumulated since 2013 that under IFRS were previously recorded directly in equity rather than the income statement.’

BP’s exit from Rosneft had become a political inevitability. Its Chairman, Igor Sechin, is a close ally to Putin. And it supplies fuel to the Russian army, which is currently committing potential war crimes in Ukraine. UK Business Secretary Kwasi Kwarteng had previously summoned Looney to discuss the stake and afterwards tweeted ‘I welcome BP’s decision to exit its shareholding in Rosneft oil company. Russia's unprovoked invasion of Ukraine must be a wake-up call for British businesses with commercial interests in Putin's Russia.’

But the extent of the financial hit remains unclear. BP could write off the shareholding. It could be seized by state authorities. The preferred route will be to sell the shares but finding a buyer will be difficult. The potential backlash makes them a poisoned chalice for any major western buyer.

One potential candidate is China’s National Petroleum Corporation, which agreed to buy 100 million tonnes of oil from Rosneft earlier this month. There’s also the Qatar Investment Authority, which already owns a 19% stake.

But there are few buyers available amid intense pressure to sell. Citi analysts believe ‘it is not really clear whether there are any buyers for BP’s Russian stake: it may be a pathway that takes substantial time to unfold,’ while RBC Captial Market’s Biraj Borkhataria thinks ‘monetising the stake for fair value looked difficult even in more ‘normal’ times, and now, to us, it looks extremely challenging.’

Moreover, the value of Rosneft’s oil is falling. Energy Aspects calculates that 70% of Russian crude oil exports do not have a buyer. On Tuesday, Trafigura offered a cargo load of Russian crude oil at a record discount of $18.60 per barrel but couldn’t find a buyer who considered the risk of a western import or Russian export ban worthwhile.

Meanwhile, Opec+ is still only adding 400,000 barrels to daily global oil production. When the International Energy Agency announced it would release 60 million barrels of emergency oil reserves, the news barely dented the upward price action. And Ben Cahill at the Centre for Strategic and International Studies believes ‘we are looking at a pretty serious run-up in prices. All this uncertainty about Russia, the potential threat of physical disruptions is making the markets nervous.’

BP is giving up $2.4 billion in Rosneft profits, and also its dividends, which amounted to $640 million last year. Moreover, about a third of BP’s oil production came from Russia in 2021, representing 1 million barrels a day. But the company is confident that the inflated oil price will allow it to retain its ambitious share buyback and dividend plans.