The BoJ is set to hold their monetary meeting across 20 – 21 July 2022, with expectations for the BoJ to delay jumping on the bandwagon for rate hikes once again. 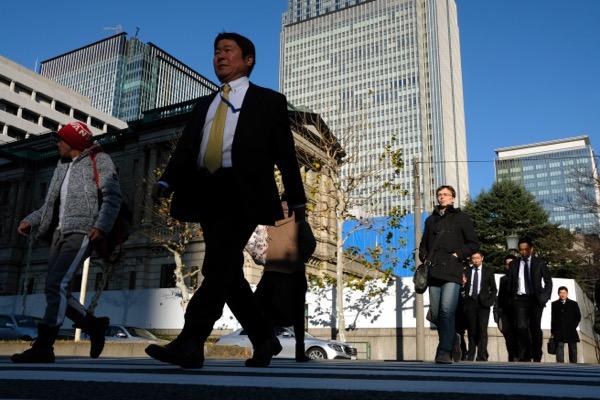 Central bank expected to head for a no-change once more

The Bank of Japan (BoJ) is one of the last few central banks to hop onto the bandwagon for rate hikes, with its accommodative monetary policies set to remain for the upcoming July meeting as well. Current market expectations are unanimously pricing for a no-change and looking further out, probability of a 0.10% hike is priced at only 3.7% for the September meeting while increasing to 22.3% in the October meeting. The BoJ Governor Haruhiko Kuroda has recently stuck to his view last week that Japan’s economy outlook still carries ‘very high uncertainty’ and maintains the central bank’s readiness to ramp up stimulus if needed. The reiteration of his usual guidance seeks to push back against any hawkish expectations, which have previously been built up on the weaker-yen story.

Keeping its current policy settings unchanged will include maintaining its target of -0.1% for short-term rates and the upper limit of 0.25% for its 10-year bond yield. The BoJ has thus far proven its resolve in keeping its yield curve control (YCC) intact with aggressive bond buying, in a bid to push back against bond traders seeking to challenge its policy status quo on multiple occasions.

Weak-yen story could see some alleviation for now

With talks of a 100 basis-point (bp) hike surfacing after the upside surprise in US June consumer price index (CPI), the USD/JPY is currently hanging close to yet another 24-year high. Concerns on the rapid weakening in yen continues to be highlighted but thus far, there has been a lack of any currency interventions after months of jawboning. With Japan being a major oil-importing country, the pressure for elevated energy costs with a weaker yen could see some alleviation, with oil prices down more than 20% from its June peak. This may aid to substantiate the no-change policy in the upcoming BOJ meeting, with the BoJ continuing on its path of divergence with other global central banks.

The upcoming BOJ meeting will also see the release of its quarterly outlook report, which could bring about an upward revision in inflation forecast above its 2% target. Previous 1.9% forecast could seem understated, with core inflation in April and May this year already surpassing the 2% mark. That said, the BoJ has firmly stuck to its view of cost-push inflation being temporary and are likely to emphasise on stronger wage growth for any sustainability of its 2% inflation target. With Japan’s average cash earnings failing to see any significant pickup yet (1.0% year-on-year (YoY) in June), a status quo in monetary policies is set to remain.

This could also be justified with a potential downward revision in growth projections, from previous 2.9% for fiscal 2022. A record high in daily Covid-19 cases seems to bring back questions surrounding the reimplementation of virus restrictions and although there has been some pushback from authorities pertaining to that, the possibility of measures kicking in remains as the upcoming summer holidays in Japan will pose further risks of virus spreads.

The improved risk sentiments have led the Japan 225 index to break above a confluence of resistance at the 27,000 level, where a downward trendline coincides with a key 38.2% Fibonacci retracement level. The formation of a new higher high, following a recent higher low, seems to point towards a near-term upward bias. This comes along with improving technical indications, with the moving average convergence divergence (MACD) attempting to cross above the zero-mark. Further upside could place the 27,645 level on watch as the next stage of resistance.

USD/JPY: Could some catch-up retracement play out?

The USD/JPY pair seems to trade on a similar path to that of US 10-year yields, particularly since 2021 till date. This comes as Japan’s 10-year bond yield remains relatively well-anchored by its yield curve control (YCC) policy, while yield differentials with the US remains as the key driver for the currency pair. That said, the relationship seems to have gone off-course lately, as the US 10-year yields came under pressure from recession worries but USD/JPY stays resilient. Further downtick in Treasury yields could potentially drive some catching-up in USD/JPY in the form of a near-term retracement, as expectations of a 100 bp hikes in the July Federal Open Market Committee (FOMC) meeting continues to be pared back.

On the technical front, the USD/JPY continues to trade on an upward channel, but recent moves seem to bring a retest of its upper trendline resistance. Any near-term retracement could see the 134.93 level as potential support. The persistent upside surprise in US inflation may allow the USD/JPY to retain its upward bias for now, with one to watch for any formation of a higher low for the currency pair.