Initial market gains, which followed through from last Friday’s bullish move, was pared back throughout the trading session overnight, with all three major US indices eventually closing in the red. 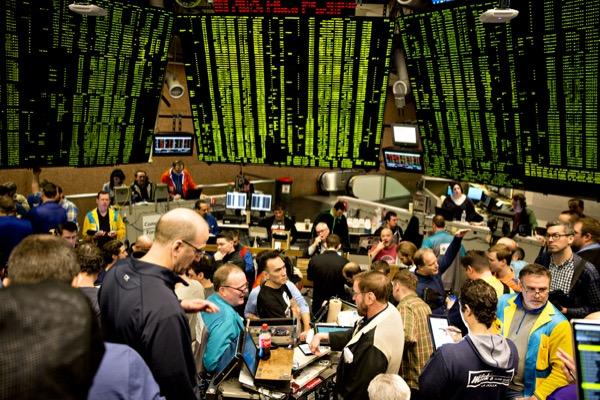 Initial market gains, which followed through from last Friday’s bullish move, was pared back throughout the trading session overnight, with all three major US indices eventually closing in the red (DJIA -0.69%; S&P 500 -0.84%; Nasdaq -0.81%). Both top and bottom-line outperformance from Goldman Sachs and Bank of America aided to underpin an initial rally, but warnings of a hiring slowdown from Apple quickly grabbed market’s attention and brought back some caution of a further economic downturn. A slowdown in hiring has surfaced from many major companies thus far, which included Goldman Sachs yesterday, but adding one of the world’s largest company to the list, that could seem to carry some weight and bring about greater realisation for markets of a broader slowdown. Apple’s shares fell close to 2.1% following the guidance. Thus far, the inversion of the 10-year/2-year Treasury spread remains intact as a reflection of recession risks ahead.

Some caution may also kick in as we inch closer to Thursday, where eyes will be on whether Russia’s gas supplies to Germany will resume after the maintenance of the Nord Stream 1 pipeline. Some warning from Russia’s Gazprom yesterday to several customers in Europe that it cannot guarantee gas supplies due to ‘extraordinary’ circumstances has added to the risks of a disruption, bringing back the whole story of natural gas prices being higher for longer and fuelling recessionary risks in Europe.

The day ahead will leave Netflix’s earnings results in focus. The key numbers to watch will be its subscriber numbers and outlook. To recall, Netflix has underperformed in subscriber numbers over the last two quarters, with both instances seeing its share price plummeting more than 20% in a single day. Therefore, dip buyers will be watching to tap on any signs of resilience for a bounce, especially with share price down more than 70% from its November 2021 peak.

With the negative overnight performance, the S&P 500 has not managed to push out a new higher high and is back to trade within a zone of market indecision around the 3,800 region. This is where a confluence of key Fibonacci levels stands in place. With that, one may watch for a greater control of sentiments on either side.

Asian stocks look set for a mixed open, with Nikkei +0.80%, ASX -0.05% and KOSPI -0.23% at the time of writing. Recent liquidity injection from the People's Bank of China (PBOC) for the first time since June highlight some growing risks from intermittent virus cases, while confidence in its property sector is taking a hit on recent mortgage-payment boycotts. This came after authorities encouraged banks to extend loans to qualified real estate projects. The significance of the impact still remains to be seen, as liquidity conditions seem ample so it could be that additional showing of support that the Chinese authorities are closing monitoring the economic risks and are ready to step in with more easing if needed.

The day ahead will bring the Reserve Bank of Australia (RBA)’s meeting minutes in focus for any clues pertaining to tightening and economic outlook. Resilience in current economic conditions could continue to be presented in the minutes, which is likely to provide the go-ahead for further tightening to take place. Current market pricing is for further pick-up in cash rate to 3.3% by the end of the year, while potentially seeing a rate cut in June 2023.

The AUD/USD has been trading within a descending channel pattern since early-June this year. While the improved risk environment towards the end of last week has provided a lift for the pair, it is currently finding some resistance at the 0.684 level, where its upper channel trendline stands in place. On the weekly chart, a bullish hammer candlestick was formed last week, which suggests some dip buying on the improved risk environment. That said, the pair will have to overcome the 0.684 level of resistance ahead to follow through with a confirmation of the bullish sentiments.

On the watchlist: Bullish hammer for Brent crude found some follow-through into this week

After a close to 25% retracement from its June peak for Brent crude prices, the bullish pin bar that formed last Thursday has found some follow-through into this week. The dip-buying came after a retest of a key 61.8% Fibonacci retracement level, with prices also rejecting a break lower of a descending channel pattern in place since May this year. That will leave the US$92.87 level as a strong confluence of support to watch. Headlines underpinning the bullish moves include the lack of any concrete action coming from US President Joe Biden’s visit to Saudi Arabia to boost oil supplies, while the uncertainty surrounding the reopening of the Nord Stream 1 pipeline heading into 21 July injects some potential risk of a wider energy shortage crisis. Further upside could leave the US$106.30 level on watch next, where the upper channel trendline resistance stands in place.