Major US indices edged lower overnight once more, but the lighter extent of sell-off compared to the previous two trading days could suggest that the caution around some push-back of a dovish pivot may have been largely priced. 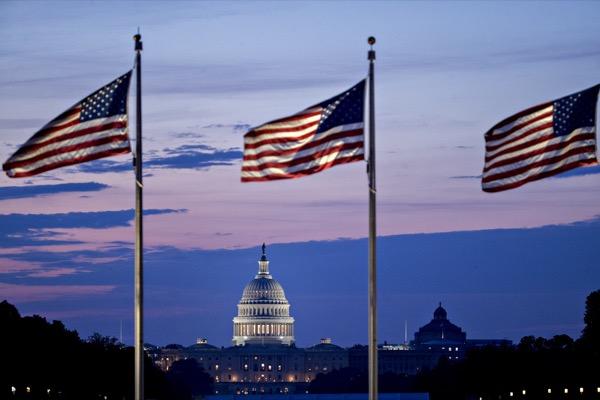 Major US indices edged lower overnight once more (DJIA -0.47%; S&P 500 -0.22%; Nasdaq -0.03%), but the lighter extent of sell-off compared to the previous two trading days could suggest that the caution around some push-back of a dovish pivot may have been largely priced. With that, some wait-and-see could play out over the coming days as we await further clues from the upcoming Jackson Hole Symposium to drive greater market moves. Sector performance for the S&P 500 revealed the energy sector to be the clear standout (+3.6%), as a retest of previous lows for Brent crude prices was met with some dip-buying. Potential Organization of the Petroleum Exporting Countries Plus (OPEC+) production cuts hinted by Saudi Arabia this week provided a catalyst for buyers to defend the US$92.50 support level, but all eyes will remain on the Iran nuclear deal.

With the recent recovery, Brent crude prices have broken above a descending channel pattern, confirming a bullish pin bar formed after a retest of a key 61.8% Fibonacci retracement level. The key psychological US$100 level will be one to watch next, with any break above signalling a greater shift in sentiments to the upside. Any consensus in the Iran nuclear deal could drive a knee-jerk reaction to the downside for oil prices but potential interventions by OPEC+ in reaction could step in as a limiting factor for the fall in prices.

Economic data overnight saw a series of Purchasing Managers' Index (PMI) flash data being released, with the data from US reflecting a clear underperformance. Its services PMI slid to 44.1 from previous 47.3, compared to market expectations of an improvement to 49.2. Manufacturing PMI also edged below the forecast of 52.0 to come in at 51.3. Despite the larger moderation in economic conditions, the initial reaction for US indices was to the upside, which suggests that some expectations are for weaker economic conditions to drive an earlier pivot in Federal Reserve (Fed)’s policies. Such confirmation will be actively sought from Fed Chair Jerome Powell this week. The likely scenario for his Jackson Hole speech could be a reiteration of the Fed’s commitment to fight inflation while maintaining its data-dependent stance in policy outlook. The lack of new catalysts by sticking to his original script could drive mixed views for markets, which leaves the risk event largely a black box for now.

Asian stocks look set for a slightly positive open, with Nikkei -0.01%, ASX +0.53% and KOSPI +0.45% at the time of writing. Overall, some wait-and-see could play out in the session, with the extent of sell-off easing in Wall Street from previous trading days. The quiet economic calendar also provided little catalysts of note, potentially reinforcing some inaction as well. Chinese equities could see more volatility, with the release of JD.com second-quarter results. The company beat top and bottom-line expectations, but its 5.4% revenue growth still marks its lowest year-on-year (YoY) growth on record. That said, expectations for Chinese equities have been largely beaten down with ongoing regulatory risks and China’s economic slowdown. With its share price having fallen by 24% over the past year, this earnings resilience may be a catalyst for some relief today.

Yesterday, the release of Singapore’s inflation data showed no signs of peaking, with both headline and core Consumer Price Index (CPI) pulling ahead from June figures. Headline inflation stands at 7%, which is in line with market expectations while core inflation ticked to 4.8%, slightly higher than the 4.7% forecast. While there was a knee-jerk reaction to the downside in the USD/SGD, previous instances showed that such moves were short-lived. That played out yesterday as well, with the US dollar being the eventual key driver.

On the other hand, a look at the latest SGX fund flow data revealed the third consecutive week of net inflows from institutional investors for the Straits Times Index (STI) of around S$200 million last week. After surging close to close to 7% since mid-July, a retest of various support levels is needed. For now, the index is attempting to hang above a confluence of support at the 3,250 level, with one to watch if the STI can form a higher low ahead. 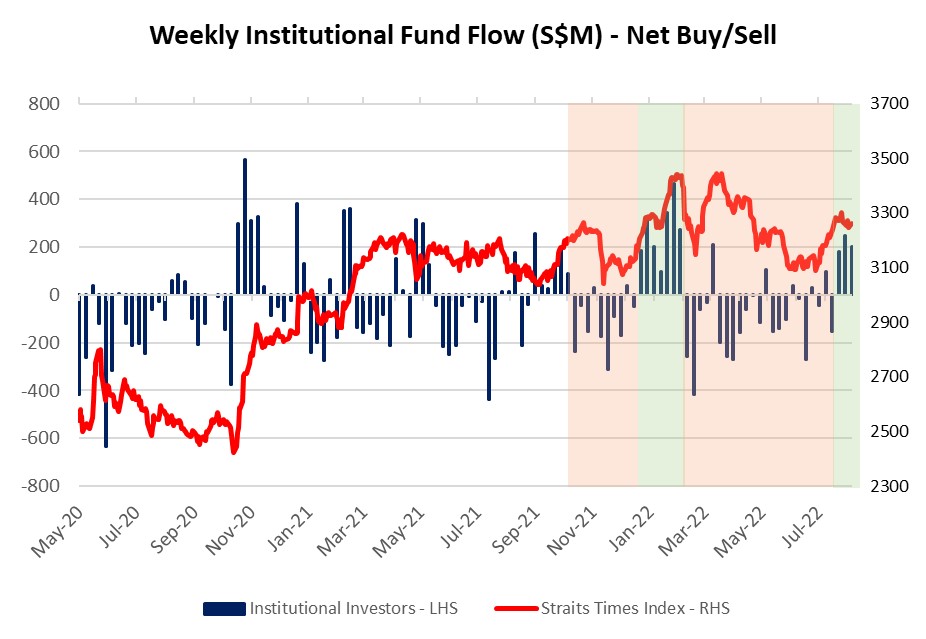 On the watchlist: GBP/USD back to retest its two-year low

Mixed readings in UK’s manufacturing and services flash PMI data yesterday failed to ignite much reaction in the GBP/USD, as US dollar movement remains firmly in the driver’s seat for the pair. A slight outperformance in the UK services sector provided some cushion to offset the downturn in the manufacturing sector, but expectations for further moderation in economic conditions ahead could still serve as a limiting factor for GBP’s upside. Having broken above a descending wedge pattern back in early-August, the recovery for GBP/USD has been short-lived, with the downward bias from lower highs and lower lows largely intact thus far. The 1.205 level will be a major resistance to overcome, where a key 76.4% Fibonacci retracement level stands. Near-term moves will continue to revolve around the US dollar, which is currently hanging at its July peak while awaiting for the Jackson Hole Symposium to guide its next move.