Rolls-Royce shares could be undervalued at 91p given its technological breakthroughs, new defence contracts, and the recovering civil aviation sector. 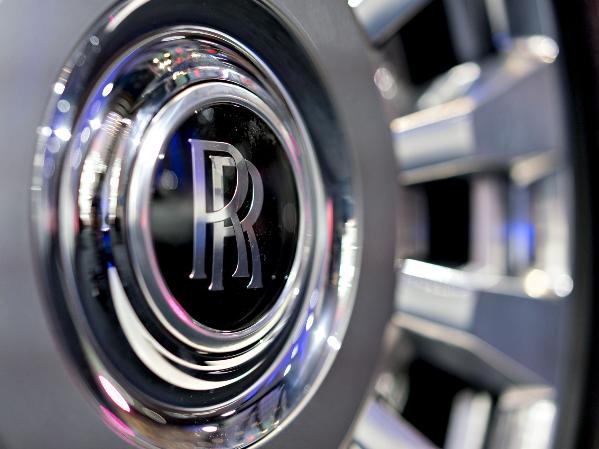 Rolls-Royce (LON: RR) shares have not been a strong long-term investment. Down by 68% over the past five years, it remains one of the few FTSE 100 companies unable to return close to its pre-pandemic price point.

For context, the FTSE 100 is currently trading at 7,489 points, above the 7,467 points of February 2020 before the pandemic began. However, Rolls-Royce’s share price has been rising over the past few weeks, having recovered from a low of 66p in mid-October to 91p today.

And with momentum on its side, a further sustained rise to the 230p it commanded before the pandemic crash could now be on the cards for 2023.

The most important near-term catalyst for Rolls is a recovery in its civil aviation sector, which generates circa 44% of the FTSE 100 company’s revenue. In November’s encouraging trading update, it announced both a record intake in Power Systems, and that large engine flying hours, the critical metric for civil aviation, are at 65% of pre-pandemic levels and up 36% year-to-date.

Its second most important division has also seen good news recently. Two 5-year contracts in its defence division secured $1.8 billion of continued aftermarket services earlier this year. And it’s also set to benefit from a recent US army contract to supply the engines within Textron’s Bell V-280 Valor helicopter. Jefferies analysts believe the contract could be worth ‘up to $5bn to $6bn in production and $6bn to $7bn in services assuming 5,000 installed engines are delivered.’

Given the increased global tensions caused by the Ukraine War, defence spending has increased significantly this year, and is likely to continue to do so through 2023.

And outgoing CEO Warren East believes that ‘the continued recovery in large engine flying hours, record order intake in Power Systems and a resilience in the Defence business give us confidence in the future.’

However, this day-to-day revenue is unlikely to send Rolls-Royce shares soaring. But the FTSE 100 company is at the forefront of UK technological engineering which could. Over the course of 2022, it’s seen multiple breakthroughs that could have the potential to supercharge the company in the medium term.

To start with, there’s its UltraFan power gearbox program, which has been designed to save up to 25% more jet fuel when compared to the current industry standard.

And there’s been some development with its proposed small modular nuclear reactors: according to the Sunday Telegraph, Rolls is in talks with INEOS to build a SMR at the chemical giant’s Scottish refinery. The engineer has also called for formal government funding talks, arguing that the long lead time from planning to energy generation leaves no time to waste.

Then there’s its advances in planes powered by renewable electricity. 2022 saw Rolls develop the ‘Spirit of Innovation,’ an all-electric plane which has shattered previous world records for speed and ascent. And last month, its partnership with easyJet saw it break yet another aviation milestone, running the world’s first modern aero engine on hydrogen. Test flights could be seen in the near future.

Of course, there’s a reason RR shares are changing hands for under £1. A key issue is its £4 billion drawn debt pile, and the £1.6 billion loss it suffered in H1 2022.

However, this isn’t an immediate issue, as the majority of this debt matures between 2026 and 2028, and none before 2024. And the FTSE 100 company has told investors that ‘all drawn debt is on fixed interest rate terms and hedged into GBP executed in 2019 and 2020 during the low interest rate environment.’

This gives it some time to turn around its fortunes. Indeed, East notes that ‘the completion of our disposal programme with the sale of ITP Aero has enabled us to repay £2bn of debt. This marks a milestone recovery in the strength of our balance sheet, and a clear step on our path back to investment grade in the medium term.’

It’s worth noting that recent losses have fallen fast, and the company expects the all-important civil aviation to continue to recover through 2023. While EU and US flights have almost completely recaptured pandemic-era lost ground, Chinese aviation has fallen behind due to the country’s ‘zero-covid’ policy. And with the policy starting to relax, there’s reason to be positive for further recovery.

Naturally, it’s worth noting that long-term Rolls-Royce investors have been waiting for a breakout for years. And with its CEO on the verge of departure, and a long recession imminent, it could take time for the stock to regain its strength.

But increasing contracts and developing tech could make it one of the best FTSE 100 stocks to watch in 2023.