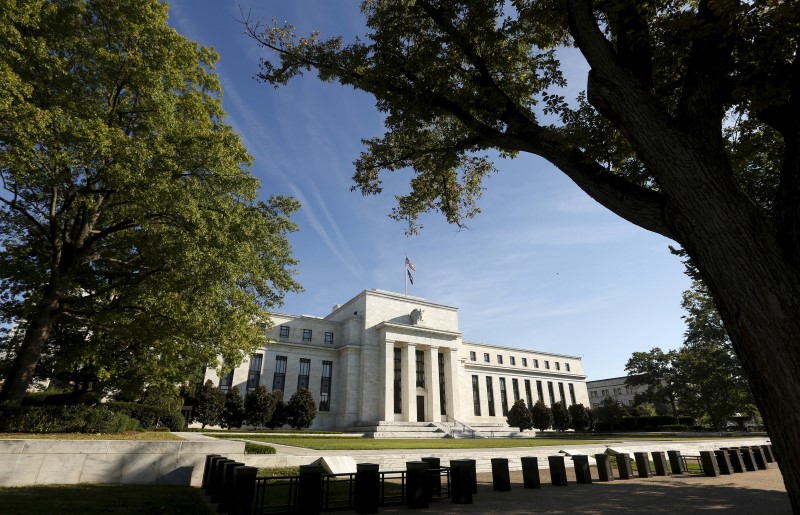 The Federal Reserve kept interest rates, and acknowledge that while progress had been made toward its threshold to start tapering monthly bond purchases, more time was needed to assess the progress at upcoming meetings.

The Federal Open Market Committee left its benchmark rate unchanged in the range of 0% to 0.25% and said it would continue its $120 billion monthly bond purchases.

"Last December, the Committee indicated that it would continue to increase its holdings of Treasury securities by at least $80 billion per month and of agency mortgage‑backed securities by at least $40 billion per month until substantial further progress has been made toward its maximum employment and price stability goals.," The Fed said in its statement. "Since then, the economy has made progress toward these goals, and the Committee will continue to assess progress in coming meetings."

The Fed has faced calls from within its ranks to bring forward the timeline on tightening monetary policy in the wake of rising inflation. Despite admitting that the pace of inflation has surprised to the upside, Fed Chairman Jerome Powell has been reluctant to heed calls to tighten policy sooner rather than later.

“While reaching the standard of ‘substantial further progress’ is still a ways off, participants expect that progress will continue,” Powell said earlier this month in testimony before the House Financial Services Committee.

Sentiment on the recovery in the labor market and broader market, meanwhile, suffered a further blow with the resurgence in Covid-19 cases brought on by the delta variant and a slowing vaccination rates.

Goldman Sachs now expects the U.S. economy to return to expansion of 1.5% to 2% in the second half of next year.

Traders will shift attention to Powell's press conference at 2.30 PM ET (1830 GMT), for more clues on the roadmap to tapering bond purchases. But the Fed chief isn’t expected to provide any meaningful updates on the timeline.

"We expect the Committee to debate the pace and flexibility, as well as the relationship of tapering with rate hikes. At the post-FOMC press conference, we expect Chair Powell to acknowledge the Committee's discussions, while stressing no decision has yet been made," Morgan Stanley (NYSE:MS) said in a recent note.