Expectations are to see the year-over-year figure drop to 8.2%, which can be viewed as a slight cool-down in price growth from April’s 8.3% yearly rise. 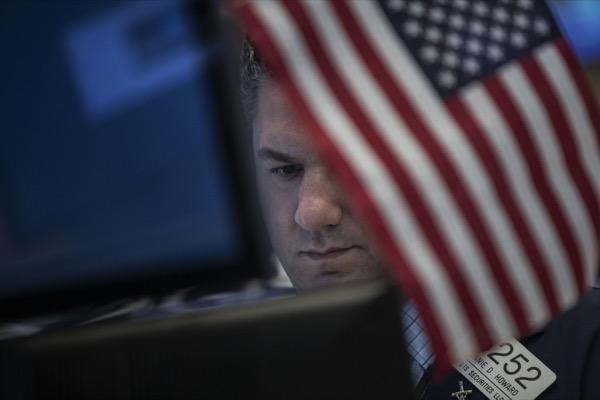 The US Consumer Price Index is expected to be released on June 10, 2022, at 8:30 A.M. Eastern Time (11:30 PM AEST). The expectation is for the year on year figure to drop to 8.2%, which can be viewed as a slight cool-down in price growth from April’s 8.3% yearly rise. The core component, once food and energy prices are removed will hopefully move down to 5.9% from 6.2% year on year however, recent economic data wasn’t in the position to support an optimistic view.

The first pressure came after soaring food prices. By the end of April, the value of food increased by a steep 10.8%, the largest percentage increase since November 1980. While in May, the lockdown in China and the war in Ukraine risks only aggravated inflating prices and caused a full-on global food crisis.

The second pressure came from the US payroll gains last Friday as supporting evidence that inflation will go up.

This was followed by oil, presenting another high risk as prices climbed over 17% in three weeks and barrels were valued at $125 this week. The EU’s sanctions on Russian oil and the inventory data highlighted the supply crunch.

A hotter than expected print will undoubtedly urge the Fed to move quickly and hard as the central bank has already been blamed for 'moving behind the curve.'

The usual way to tame inflation is to raise interest rates which currently sits at 5-6% in the US, this in turn points to a federal fund rate of at least 6-7%, a level not seen since 2007. Even so, the central bank is still crossing its fingers and stressing that it could bring inflation back to the target band of around 2% though the history and the recent growth data suggest that the Fed’s next move if going to cross a fine line, causing the economy to sink. 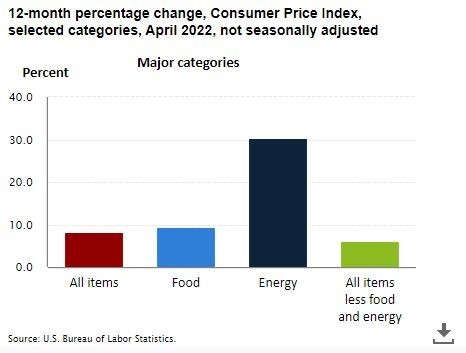 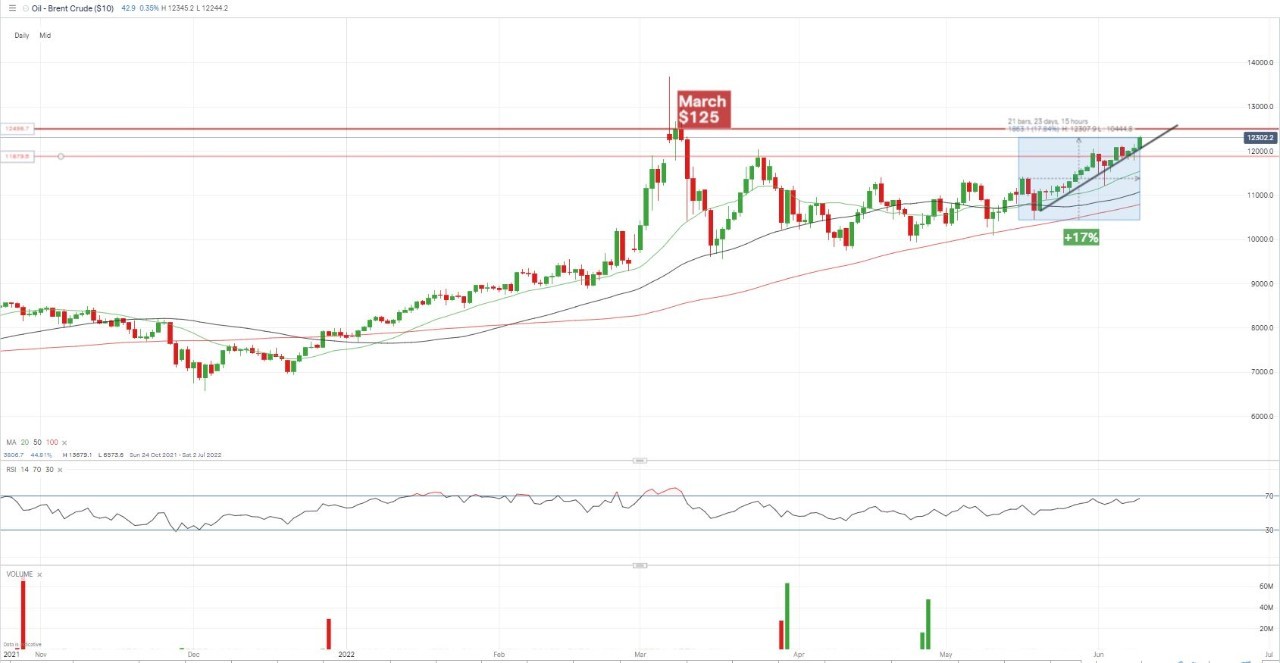 Since early last week, Wall Street has been in a cautious mood with a relatively low trading volume and the S&P 500 is currently oscillating in the narrow band between 4077 to 4158.

In the event of a better than expected CPI print, traders are likely to see the price breach through the 50-day moving average and even the next resistance at 4194, the March low. On the other hand, slips may find imminent support from the 20-day MA. A fall through this level would most likely lead to a drawn-out decline, taking the S&P 500 down towards the May low bear market territory. 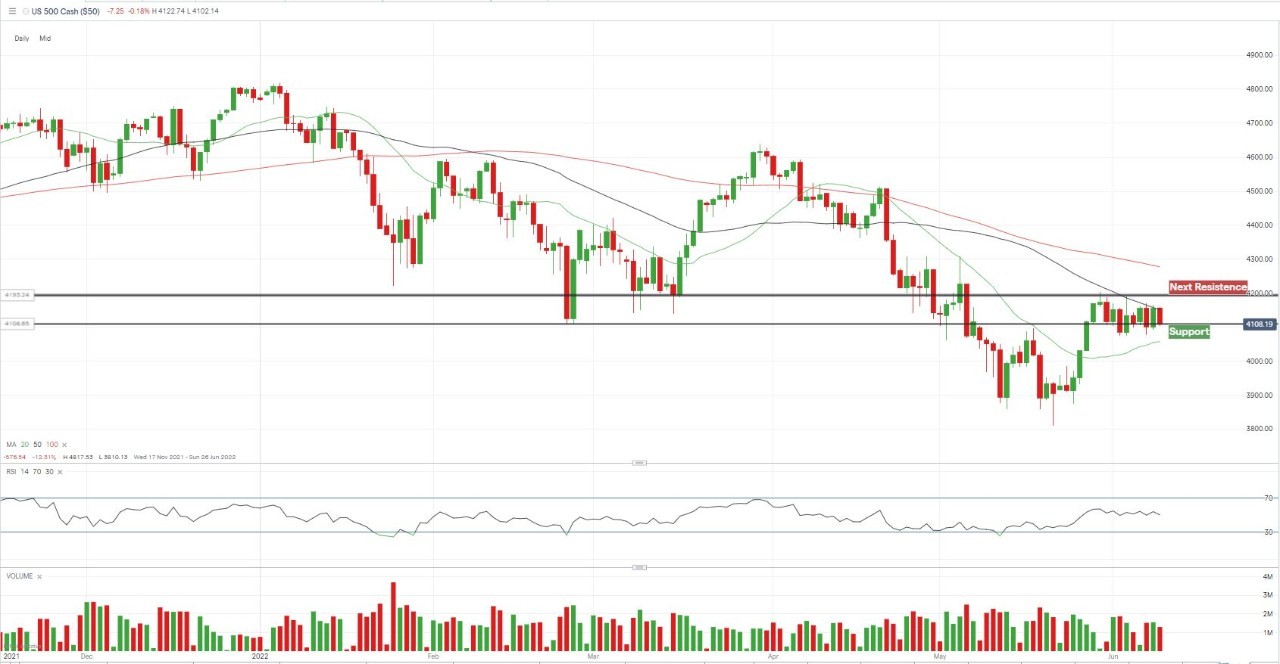