The euro has had some reprieve against a staunch US dollar; a hawkish ECB might suit the euro against the Japanese yen and if the ECB raises rates by 75 bp today, where will it send EUR/USD? 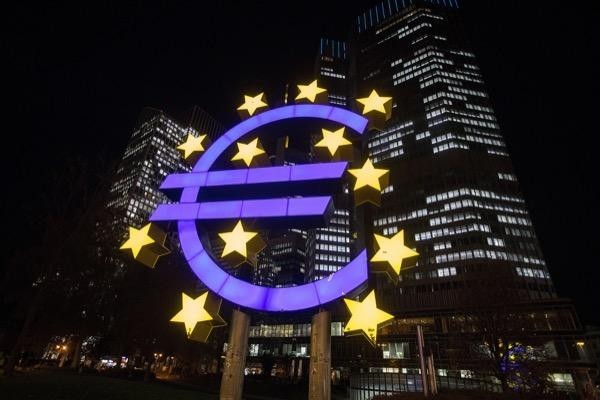 The EUR has found some strength going into today’s European Central Bank (ECB) meeting after better-than-expected euro wide GDP figures yesterday. The final annualised GDP of 4.1% to the end of July beat forecasts of 3.9%.

The ECB is anticipated to raise rates by 75 basis points according to a Bloomberg survey of economists. The overnight index swaps (OIS) market is slightly less convinced, pricing in a lift of around 67 bps.

Central banks globally are tightening to rein in runaway inflation with the Reserve Bank of Australia (RBA) and the Bank of Canada (BoC) already raising rates this week.

The Federal Reserve have made it clear that they are serious about tackling price pressures. Yesterday we heard from Federal Reserve Bank of Cleveland President Loretta Mester and Federal Reserve Vice Chair Lael Brainard. They both reiterated their hawkish stance.

They presented a view from within the Fed that rates will be notably higher and a cut in 2023 is not currently on the cards. This has pushed Treasury yields across the curve to levels not seen for many years. The two-year note traded at 3.55% overnight, a yield not seen since before the financial crisis in 2007.

Higher Treasury yields has helped to underpin the US dollar more broadly and EUR/USD has been under pressure for some time. A problem for the ECB in their fight on inflation is the fragile economic state of the union.

While this is a welcome retracement, at this stage it doesn’t appear to be enough to move the dial on EU CPI expectations. Last week, EU PPI printed at 37.9% year-on-year to the end of July. The lead-lag effect of PPI into CPI is well understood by central banks and the ECB raising rates today might be joined by several more down the track.

Elsewhere, EUR/JPY is nearing a seven-year high as Japan grapple with their own economic problems. The island nation depends on importing energy and face a similar problem to Europe in that regard.

Additionally, the Bank of Japan (BoJ) are swimming against the tightening tide and doubled down on their yield curve control program (YCC) this week, maintaining loose monetary policy.

A hike from the ECB looks to be playing catch up to the Fed but it would widen a gap with the BoJ. A difference of reaction in EUR/USD and EUR/JPY could reflect that disparity. 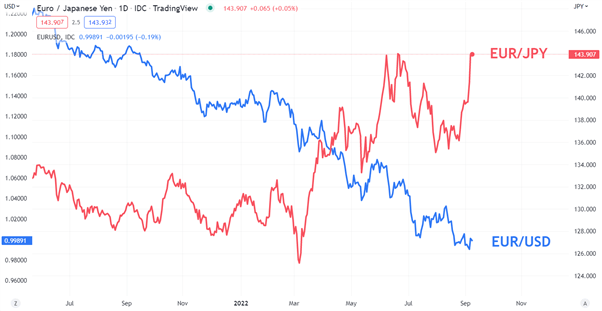