The AstraZeneca share price is rising as the British-Swedish pharmaceutical giant achieves record quarterly and full-year revenue. And innovative cancer treatments could see it strike a new high in 2022. 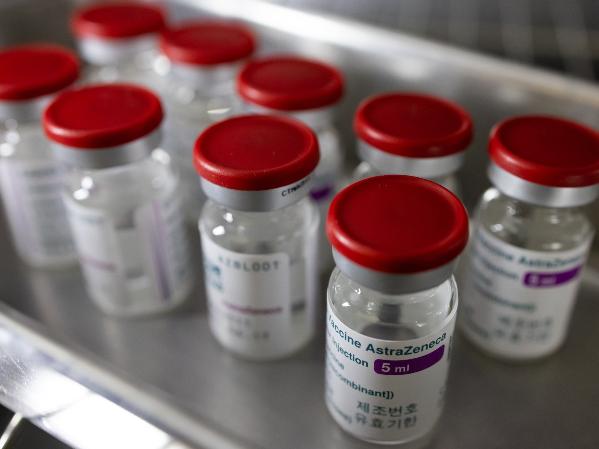 AstraZeneca (LON: AZN) shares struck a record high of 9,444p on 11 November, just three months ago. But on 4 February, they had fallen to 8,282p as a combination of inflationary and geopolitical factors caused a wider market dip.

But AstraZeneca is now back to 8,917p as a synergistic cocktail of excellent results combined with a successful trial of its new cancer drug sets the share price up for a full recovery.

In Q4 alone, revenue rose 62% to $12 billion, a quarterly record. CEO Pascal Soriot told investors that ‘AstraZeneca continued on its strong growth trajectory in 2021, with industry-leading R&D productivity, five of our medicines crossing new blockbuster thresholds, and the acquisition and integration of Alexion.’

He also highlighted the ‘broad and equitable access to our COVID-19 vaccine with 2.5 billion doses released for supply around the world.’ And the company ‘saw double-digit growth in all major regions, including Emerging Markets despite some headwinds in China.’

Accordingly, AstraZeneca has increased its dividend for the first time in a decade to $2.87 and plans to raise it further to $2.90 going forward. And it’s targeting a revenue increase to $40 billion in 2022.

However, the pharmaceutical giant made an annual loss of $265 million in 2021, compared to its profit of $3.9 billion in 2020. But this was due to its $39 billion acquisition of rare diseases expert Alexion in July 2021, and a 62% increase in research spending to a whopping $9.7 billion.

And this spending could see dividends rise even further. Environmental, Social, and Governance (ESG) investing has become an increasingly important consideration for investors. While a personal judgment call, many hesitate to invest in drugmakers. However, AstraZeneca has several ESG points in its favour right now.

AstraZeneca has been called the ‘jewel in the crown’ of the UK covid-19 jab campaign. The sobriquet has also been applied to Cambridge-based neighbour Arm; the microchip designer slated for a near-future Initial Public Offering. While worlds apart in terms of business, both share a common factor rare amongst FTSE 100 constituents. They innovate.

The AstraZeneca jab is the most widely used worldwide outside of China. Soriot has highlighted how the company has ‘delivered 2.6 billion doses of the vaccine and you have saved 1 million lives around the world and of course enabled the economies in many countries to restart.’ And jab co-creator Sir John Bell thinks that misinformation spread by scientists and politicians about the company’s vaccine has ‘probably killed hundreds of thousands of people.’ Potentially even more lives could have been saved.

And the $4 billion AstraZeneca has derived from covid vaccine sales was dwarfed by the $37 billion generated by Pfizer from its offering. While AstraZeneca has now abandoned its not-for-profit covid approach, it’s still offering tiered pricing for lower-income countries. And it’s developed a new antibody-drug Evusheld, used in emergencies to treat immunocompromised patients who can’t be vaccinated.

And outside of covid-19, the company’s innovation is saving lives even more lives, having developed 13 ‘blockbuster’ medicines which generate more than $1 billion in sales every year.

Most recently, phase III trial results for its oncology drug Lynparza demonstrate it could help delay prostate cancer. The second-most common cancer kills 375,000 men annually. In the UK alone, 52,254 are diagnosed every year.

Executive Vice-President of oncology, Susan Galbraith, believes Lynparza will give patients ‘more time without disease progression while maintaining quality of life.’ For context, while 98% of patients survive ten years after treatment, side effects include erectile dysfunction, infertility, and bladder problems.

Jefferies analysts believe the potential market value in the US alone could be worth a ‘significant commercial opportunity’ of between £2.2 billion and £3.7 billion. The company’s oncology division already accounts for a third of annual revenue.